I remember it like it was yesterday… July 2015, my friends and I gathered at Oakwood Beach in Southside Chicago for the inaugural Mamby on the Beach music festival. Empire of the Sun, James Murphy, Zhu – the lineup  was filled with big name artists and, needless to say, we were stoked. My crew stayed at the main stage all day that Sunday, killing time before much anticipated headliner and favorite at the time – Passion Pit. About two hours before they took the stage, my slightly drunk off $12 Coors Lite-world was turned. Their opener was DOPE, seriously like nothing I had heard before. This guy/girl duo kicked out jam after jam, making vibrations that made my ears/brain feel all sorts of good (kinda funny that’s basically what good music is at the most basic level). As their blistering set wound down, I needed more. Over the course of the next year and half, I would end up seeing the group four more times in some capacity. Its time to become acquainted with the legendary Phantogram.

Hailing from upstate New York, lifelong friends Sarah Barthel and Josh Carter have been churning out quality tunes for nearly 10 years. When watching interviews or seeing them on stage, its easy to tell they are best friends and have undeniable chemistry.  Their genre-bending style blends urban and electro-grooves into a smooth indie sound guaranteed to make listeners lace up those dancing shoes.  The dynamic is as follows – Carter slays the guitar/drum machines and Barthel destroys on lead vocals, while both work the keys on synthesizers. Their music is certainly rooted in pop, but uniquely combines dark/spacey riffs with hip-hop beats that truly give Phantogram a sound of their own.  Phantogram’s first two albums Eyelid Movies and Voices were met with critical praise, and the band gained national notoriety opening for an assortment of big-time bands on tour. Sprinkle in a few late night television appearances and BAM, we have ourselves a big time band. And while recent ambitious release Three is not my personal favorite, it appears to have met the same fanfare. Singles “Cruel World” and “You Don’t Get Me High Anymore” are already making a dent on alternative charts and I expect fellow album standout “Same Old Blues” to follow. All three albums are very well-produced and classics “Don’t Move” and “Fall in Love” have single handily helped restore this author’s faith in modern music. 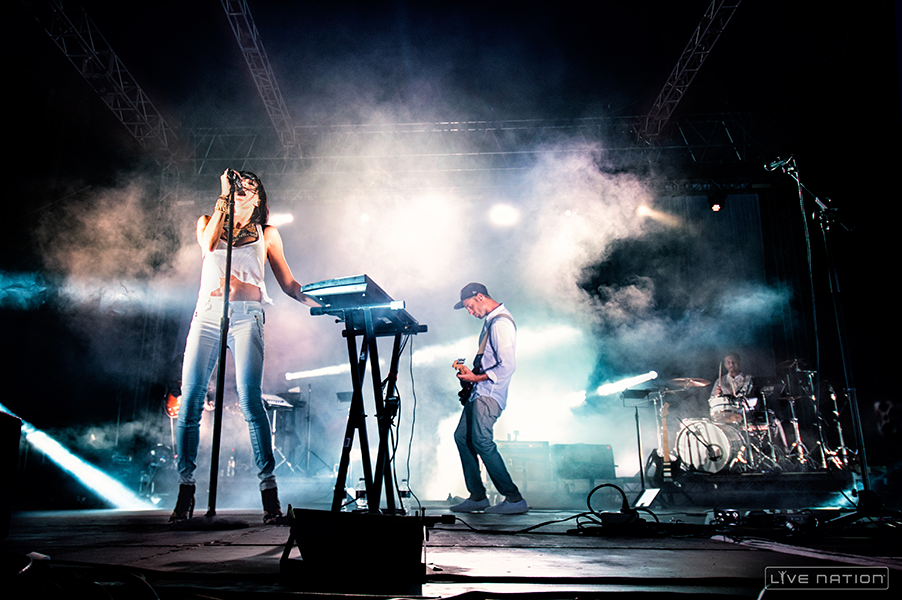 Rap fans rejoice – last year Barthel and Carter teamed up with legendary emcee Big Boi (of Outkast fame) for a project not-so-cleverly titled “Big Grams.” While this is likely news to just a few of you, Big Grams released a self-titled EP and made the rounds at all the usual festivals last summer, two of which I was in attendance. Their sounds mesh well and the chemistry is apparent, off stage and on. Fingers crossed that this is the first of many releases for this super-group.

Truth be told, I first heard the band back in high school, stumbling upon early single “When I’m Small.” Being a young, naive teenager (with no Spotify or Apple Music for assistance) I didn’t fully realize their greatness until my Mamby epiphany years later. That’s on me. Since that day, I delved into the rest of the group’s small but (literal) jam-packed catalogue on numerous occasions and encourage everyone else to do the same. While I enjoy Big Grams just as much as the next guy, it really doesn’t hold a candle to Phantogram on their own. Sometimes flanked by a backing band, other times just performing as a two-some, the duo is one of those groups that sounds the same on stage as they do on records. In their case, its a great attribute. It should also be noted that lead singer Barthel is a total bombshell, with a hell of a voice to boot. The group is embarking on yet another tour (Chicago Friends – Aragon Ballroom with WEEZER!.. ’nuff said), and I suggest everyone check those dates and grab a ticket ASAP.