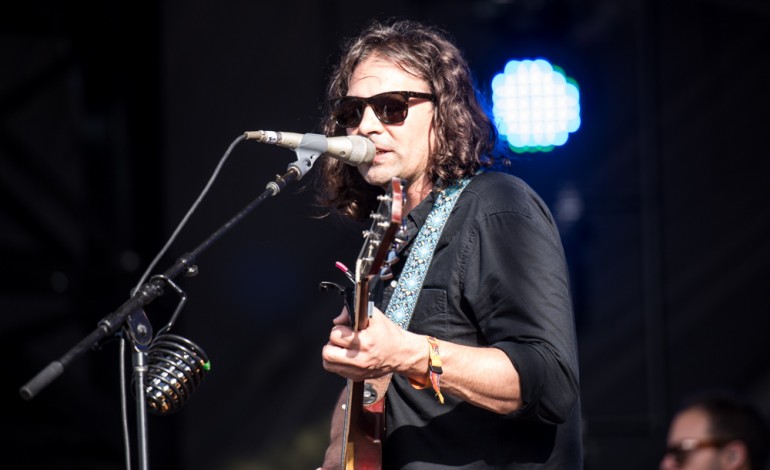 Rock is dead? Well I guess nobody told Adam Granduciel. After releasing his fourth studio album A Deeper Understanding last week, the Philadelphia native has proven that guitar-driven music isn’t going anywhere. Granduciel is the brains behind indie rock band The War on Drugs, serving as the band’s singer, songwriter and lead guitar player. If anyone is still unfamiliar with the group, it’s high time to make a change. A Deeper Understanding showcases Granduciel’s musical prowess, comprehension of older rock music and the idea that a 38-year old indie veteran could somehow be rock music’s next big thing.

Bob Dylan, Bruce Springsteen, Neil Young, Jackson Browne – take your pick. Rock music of the 70s and 80s so clearly has a huge impact on The War on Drugs that it’s hard not to automatically think of any number of “classic” rock artists when hearing their songs. Granduciel’s distinct style certainly derives from this musical time frame, listeners will find soaring guitar riffs and winding musical progressions simply not found in most modern music. The War on Drugs incorporates other sounds of old, tastefully working in pianos and harmonicas alongside synthesizers on various songs. Additionally, Granduciel is a skilled ax-man who’s not afraid to bust out an extended Grateful Dead-inspired solo when the moment calls for it.

Current hit single “Holding On” and “Red Eyes” from 2014’s Lost in the Dream show The War on Drugs at their finest – up-tempo foot-tappers with tasty guitar riffs and solos splashed throughout. But there’s no need to worry if you’re looking for a more mellow sound. Songs like “Knocked Down” and “Suffering” are slower, back-beat jams that are more suited for a late-night drive.

The War on Drugs started as joint project between Granduciel and his old Philly pal Kurt Vile after the two bonded over a love of Bob Dylan. Vile went on to be an acclaimed musician, his Billboard topping single “Pretty Pimpin” exhibited his stream-of-consciousness lyrical style in the same vein of their hero. Of course, Granduciel’s own vocal delivery could be described as very Dylan-esque in nature as well. But despite the similarities, The War on Drugs has created a unique, recognizable tone that combines the sounds of rock pioneers with contemporary instrumental tinkering.  Famed music producer and HBO documentary star Jimmy Iovine recently said The War on Drugs “should be gigantic,” and for good reason. Do yourself a favor and give A Deeper Understanding and the rest of the catalogue a listen ASAP.

Suggested Tracks: “Pain” “Holding On” “Red Eyes” “Nothing to Find”