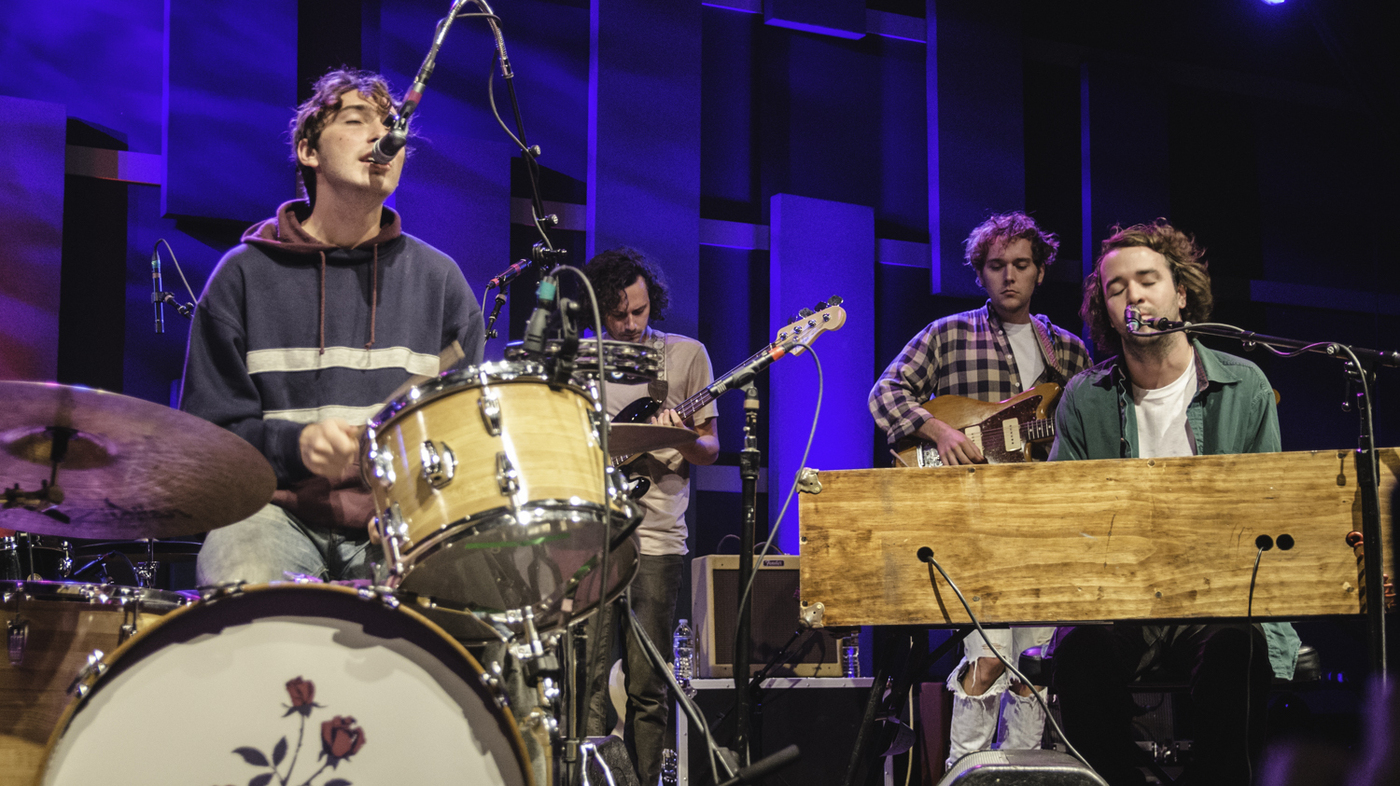 The year was 2014 – riots flooded the streets of Ferguson, MO in retaliation to the shooting death of Michael Brown, the United States finally resumed diplomatic relations with Cuba, Justin Bieber was famously arrested for driving under the influence in Miami and one of the most auspicious young indie bands in the world, Smith Westerns, called it quits after a fruitful seven year career. The Chicagoans had just quietly released their third (and final) album, Soft Will, and were burnt out both “personally and creatively.”  It seemed like another tale of a promising band’s career cut too short, thanks to the typical internal issues that have plagued bands for years. Lead singer Cullen Omori quickly embarked on a solo career, releasing an album on famed label Sub Pop, as his little brother/bass player Cameron enrolled at Northwestern. Skilled guitarist, and main pillar, of the Smith Westerns Max Kakacek and drummer Julian Ehrlich were left to pick up the pieces, band-less for the first time in years. However, like the majestic Phoenix in Greek mythology, a star arose from the ashes. That star, my friends, is a wonderful little band called Whitney.

Indie, soul, folk, psychedelia, country/Western – label them at your own risk. Whitney’s sound is as multifaceted as the roads that forced them to start the band in the first place.  Ehrlich serves as both drummer and lead singer (in your FACE, traditional band dynamics!), offering up old-school, R&B pipes. Kakacek reprises his role as lead guitar virtuoso, composing slick riffs and progressions not typically found in today’s music world.  The duo share song writing duties for the five-man group, and the chemistry is palpable. Kakacek and Ehrlich trade in the fuzzy glam-rock sound utilized in Smith Westerns for a slower, more polished sound in Whitney. Most songs incorporate a range of sounds, including horns, organs, and slide guitars among others.  Whitney’s debut Light Upon the Lake was heralded among music critics everywhere for its refreshing sound, garnering several “Album of the Year” nominations from music publications.

Bands break up too early all the time, it’s the nature of the beast. You spend so much time around the same people in small hotel rooms, tour buses, recording studios, or wherever, it gets hard. I won’t lie, I loved Smith Westerns back in the day. I loved their music.  I loved the idea of these young Midwestern guys becoming the next big thing in rock music. I was hesitant to give Whitney a shot at the beginning, but boy oh boy, am I glad I did… These guys have proved that sometimes a change of scenery can be a good thing creatively. Only one album in, Whitney has just scratched the surface. I’m excited to see what these hometown heroes have in store for us in the future and I’m VERY excited to see them live next month at Thalia Hall here in Chicago.

Suggested Tracks: “No Matter Where We Go” “No Woman” “Golden Days”

Oddities: Drummer/singer Julian Ehrlich was also briefly the drummer for Everything Doesn’t Suck all-star Unknown Mortal Orchestra.  Ehrlich and Kakacek were roommates after the breakup of Smith Westerns. During that time, the duo played host to many famous musicians passing through town on tour, including Mac DeMarco and DIIV.